How To Avoid The Top 5 Most Common Penalties In MTG 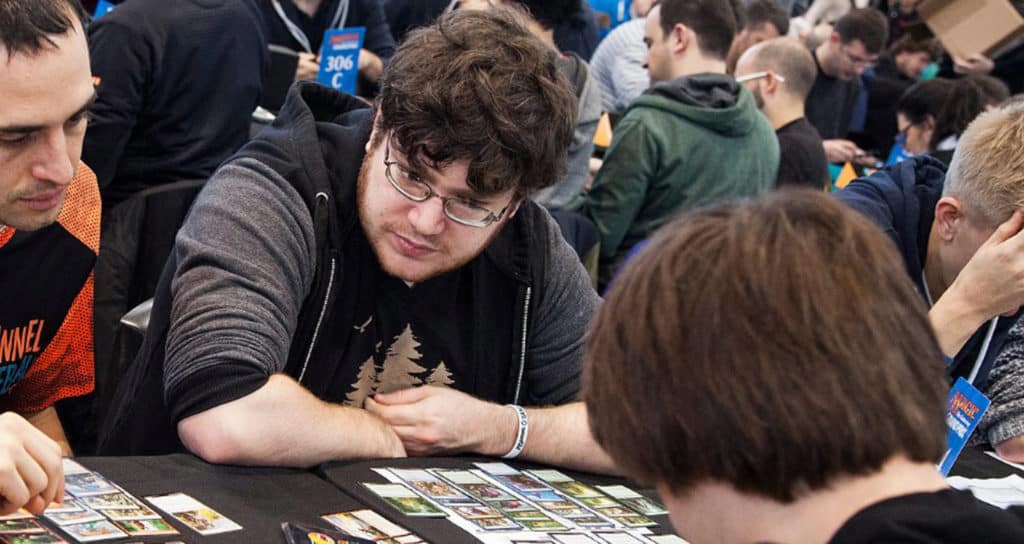 Magic: The Gathering (MGT) penalties are interventions made by MGT judges, the tournament officials who run Magic: The Gathering Organized Play tournaments. The purpose of a penalty is to educate players not to make similar mistakes in the future and also to promote fair play and sporting conduct.

The Magic Infraction Procedure Guide (IPG) provides judges the appropriate penalties and procedures to handle rules violations that occur during a tournament held at Competitive or Professional Rules Enforcement Level (REL), as well as the underlying philosophy that guides their implementation.

This article will discuss the most common penalties in Magic: The Gathering, primarily those that result in a game loss, and how you can avoid them.

Now, we’ve all been there, taking a game loss for unnecessary actions which could have easily been avoided. A little more awareness about the infractions that result in penalties could save you the game, and even the match.

MGT veterans are well versed in these rules even though the IPG is often updated with new penalties. On the other hand, if you are new to the MGT tournament, it will serve you well to take note of the most common infractions. But first, let’s first look at the different types of penalties.

The Four Type Of Penalties

MGT Penalties are categorized into warnings, game loss, match loss, and disqualification based on the severity of the transgression.

Warnings are used in situations of infractions when only a small amount of time is required to implement the correction. It serves as a reminder to play more carefully and is written down and tracked. It doesn’t need to be scary, but one should be aware that multiple Warnings for the same infraction at the same event will be upgraded to game losses.

A Game Loss ends the current game immediately and the player who committed the infraction is considered to have lost the game for match reporting. In other words, if a player gets a Game Loss, that game is over. And since the player with the Game Loss lost, that player gets to decide if they play or draw in the next game in the match.

However, if the Game Loss is issued before the first game, the players haven’t played a game yet, so they don’t get a chance to the sideboard. If both players are issued Game Losses simultaneously, they are recorded but do not affect the match score.

Match Loss is a severe penalty that is usually issued when a match itself has been compromised. Upgrading tardiness, outside assistance, and major unsporting conduct can all result in a Match Loss penalty.

The Match Loss penalty is applied to the match during which the offense occurred unless the offender’s match has already ended, in which case the penalty will be applied to that player’s next match.

A Disqualification is issued for an activity that damages the integrity of a tournament as a whole or for severe unsporting conduct.

When a player is disqualified, they lose their current match, are removed from the tournament, and do not take up a place in the standings.

Top 5 Most Common Penalties In Magic: The Gathering

According to the Magic Infraction Procedure Guide, tardiness refers to the player not being in their seat at the beginning of a round, or not completing tasks within the allocated time. Although fairly obvious, these kinds of infractions are quite common and can happen to anyone if not careful.

Tardiness includes arriving at the seat 5 minutes after the round begins, handing in the decklist after the time designated by the organizer or judge, losing track of the deck, and being unable to find replacement cards within the first 10 minutes of the round and even sitting at the incorrect table and playing the wrong opponent. All these infractions can result in Game Loss.

Decklist problems include the decklist being illegal, doesn’t match what the player intended to play, or needs to be modified due to card loss over the course of the tournament.

Examples include a player registering Teferi, Master of Time, but playing Teferi, Time Traveler, a player having a 56-card decklist but their actual deck contains 60 cards, with four Dispels not listed, and a player losing some cards and being unable to find copies making them unable to play a deck that matches their decklist.

Such decklist problems will result in a Game Loss.

If the contents of a deck or sideboard do not match the decklist registered and the decklist represents what the player intended to play, it constitutes a deck problem that results in a warning with a potential upgrade.

Deck problems are normally caught through the process of deck checks, and decklists. One of the common ways this error can occur is when players fail to de-sideboard after a match, then presents a deck in a sideboard configuration for game 1 of their next match.

Game Rule Violation does not refer to any particular type of error. Rather, Game Rule Violations are specifically defined as errors that aren’t another infraction. This infraction covers the majority of game situations in which a player makes an error or fails to follow a game procedure correctly.

A player casting Wrath of God for 3W, not attacking a creature that must attack each turn, casting Brainstorm, and forgetting to put two cards back on top of their library are all examples of Game Rule Violations.

The most common among them, Unsporting Conduct – Minor, can result in a warning. It is defined as an action that is disruptive to the tournament or its participants.

Examples include demands to a judge that their opponent receives a penalty, appeals to the Head Judge before waiting for a floor judge to issue a ruling, throwing their deck on the ground after losing a game, and even leaving excessive trash in the play area after leaving the table.

Magic: The Gathering has been described as one of the most complex games to be ever made. So it is only natural that at least some of you might be wondering why the game has to be made even more complex with such penalties. But the rules only allow the game to be played more smoothly.

The truth is that penalties exist to ensure that all players follow the rules of the game. If a penalty is imposed, involved players learn that they made a mistake. Chances are they won’t commit that infraction again. But it is not just the player involved in the penalty, but the rest of the players and bystanders will also see that the rules are enforced.

Besides, penalties bring consistency in the way the game is played and judged no matter the players are located.

10BestBuy is a participant in the Amazon Services LLC Associates Program, an affiliate advertising program designed to provide a means for sites to earn advertising fees by advertising and linking to Amazon.com.